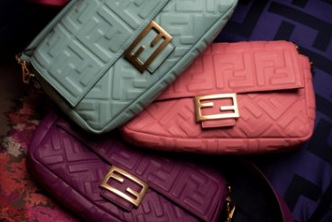 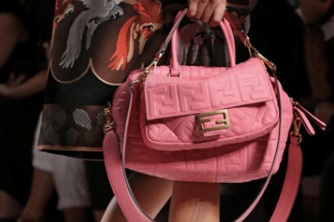 Thanks to Sex and the City‘s Carrie Bradshaw, tulle skirts were considered fashun, nearly every viewer craved a pair of Manolo Blahnik heels (or getting proposed to with blue satin pair), and slip dresses became a staple in every woman’s closet. Still, you can’t talk Carrie Bradshaw fashion without mentioning her Fendi Baguette handbag, the teeny square-shaped accessory the star always had perched under her arms (and got stolen when a mugger robbed her of her Blahniks and purple Baguette in an alleyway.)

While we may not be getting a Sex and the City reboot any time soon, Fendi is re-issuing its beloved silhouette in an array of fresh colors and designs along with a Fendi Baguette book chronicling the iconic bag’s history. In celebration, the brand’s released the official #BaguetteFriendsForever campaign and recruited a very familiar face a special video. 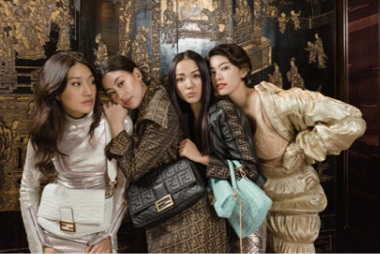 Watch as It-girls Caro Daur, Natasha Lau, Ebonee Davis and Melissa Martinez gush about a Fendi Baguette bag that’s caught Daur’s eye. Daur and her friends rush to the Fendi store to purchase the bag, but the store associate lets the group know someone just purchased the bag. One guess who that someone is.